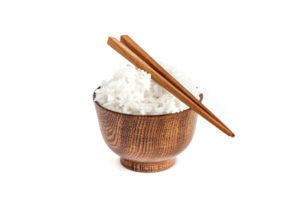 Chopsticks have been around for thousands of years – 3,000 to be more specific.

Chopsticks have been around for thousands of years – 3,000 to be more specific. The concept behind the chopsticks first arose when people used giant pots to cook and needed a utensil to stir or pull food out of the containers, using twigs from nearby trees. Here are some other fun facts to learn more about!

How exactly were chopsticks first invented?  Many different legends and myths tell overlapping or sometimes contradictory stories. Three of the legends are most popular. The first myth tells us that Master Jiang Ziya, one of the Shang Dynasty’s imperial servants, was informed by a bird to use bamboo chopsticks to pick up some meat. Smoke came from the chopsticks, and apparently, it revealed to him that his wife was trying to poison him.

Another tale tells us about Da Ji. She was a beautiful woman who enchanted Emperor Zhou with her ability to pick up cooked meat using hair sticks.

A third legend speaks to us that Da Yu, the father of the first Xia Dynasty emperor, first made wooden chopsticks. He used them to grab food and make eating more efficient while trying to keep up with his work on controlling floods.

Chopsticks are commonly put together in pairs. It is possible to use mismatched chopsticks that don’t look the same as long as they are about the same length and width. These utensils are tapered at one end, as well. Most sticks are made from bamboo, but other typical materials used include wood, jade, metal, porcelain, and plastic. During the days of the dynasty era, there was a common belief that silver chopsticks would change color when exposed to certain kinds of poisons like arsenic or cyanide. Sulfur from spoiled eggs, onions, and garlic could react with the silver because of the presence of hydrogen sulfide.

Tips for Using Them

Now let’s look at some helpful tips for how to use them. The tapered end will be close to the bottom, and these spiraled edges are meant to help you pick up food. The lower chopstick is held against your finger and doesn’t move. The upper chopstick is the one that moves, so you should hold it like a pencil. It may take some practice, but eventually, you’ll get the hang of it!

Categories: Chopsticks | Tags: fun facts, chopsticks, and history of chopsticks | Translation Priorities: Optional
This entry was posted on Friday, November 1st, 2019 at . You can follow any responses to this entry through the RSS 2.0 feed. Both comments and pings are currently closed.
Lotte Plaza
5821 Riverdale Rd. Riverdale, MD 20737
Phone: 301-699-7508