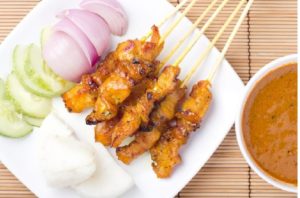 Here is a helpful breakdown of some of the biggest differences between Korean BBQ and American BBQ.

BBQ is one of the most popular types of cuisine all over the world. And with all the regional varieties of BBQ out there to try, there’s so much to love! BBQ is almost always a matter of regional pride, leading to BBQ battles and sometimes feuds of historic proportions. But what sets some of these BBQ traditions apart from one another? Korean BBQ is one cuisine that is quickly increasing in popularity across the US, but many people may not understand what sets Korean BBQ apart from American BBQ. Here is a helpful breakdown of some of the biggest differences between Korean BBQ and American BBQ.

One of the major things that sets Korean BBQ apart from many American BBQ traditions is the meat itself. While many American BBQ styles will include large cuts of pork, ribs, brisket, or chicken roasted or slowly smoked as the centerpiece, Korean BBQ will generally center beef, pork, or chicken skewered and grilled. Where meats are dry rub or basted in BBQ sauce while slowly cooking in American BBQ, Korean BBQ meat is generally marinated, sliced, and grilled or pan-fried. Slightly sweet, marinated beef that is barbecued or pan-fried in the Korean barbecue tradition is known as bulgogi, one of the most well-known Korean barbecue dishes. For many people, when they think of Korean BBQ, they think of bulgogi.

While the US is known for many BBQ styles, including Memphis dry ribs, Texas smoked brisket, Carolina pit roast, and Kansas City BBQ sauce, there are some key flavors that make this BBQ tradition distinctly American. Some of these regions use more vinegar-based sauces, smoky dry rubs, or thick and spicy sauces, but American barbecue flavor can be summed up as on the smokier side, due to the tendency to pit roast or smoke the meat. Korean barbecue, on the other hand, is sweeter, using flavors such as soy sauce, sugar, garlic, sesame oil, and even ground pear and honey to achieve a sophisticated and sweet taste.

Another major difference between Korean BBQ and American BBQ is the choice of side dish. American sides include mashed potatoes, cole slaw, macaroni and cheese, corn on the cob, and baked beans, among other comfort foods. Korean barbecue, however, generally has very different side dishes, including rice, pickles, kimchi, and banchan, or assorted vegetables. Many of these sides are served cold or fresh, allowing you to try new texture and flavor combinations throughout the meal for a truly unique BBQ experience!

Categories: Asian Cuisine | Tags: Lotte Plaza Market, Korean food, and barbecue | Translation Priorities: Optional
This entry was posted on Thursday, August 29th, 2019 at . You can follow any responses to this entry through the RSS 2.0 feed. Both comments and pings are currently closed.
Lotte Plaza
5821 Riverdale Rd. Riverdale, MD 20737
Phone: 301-699-7508